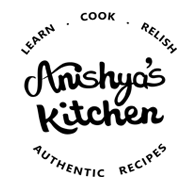 Millets, looking like tiny grains, are actually seeds belonging to the grass family POACEAE. They are referred to as grains because of their similarity in looks to the grains. The mostly used millet in our home is Ragi which is used to make Ragi Kurukku and another one is Thina which give to the Love birds.

Let’s check out the different type of Millet. As we know, one of the main classifications of Millets is Naked Millets and Husked Millet.

A type of millet does not have a hard indigestible husk. They just need simple cleaning post-harvesting. There is no need for processing and these are simple to use.

These types of millets have a hard seed coat. Unless we remove the husk, it can be only used as bird feed. Once the husk is removed by the process call dehulling, it’s safe to consume for humans. Traditionally, small millets were dehulled manually by a farmer in the production regions via a tedious process using pestle and stone or wooden grinder. Nowadays farmers go for mechanical dehulling using advanced machinery.

Personly, when I started to use Millet I brought Millet with husk, later, I realised that husked Millets used to feed the bird, human can consume only dehusked millets.

How to prepare and consume  Millet

Millet can replace with rice to make the whole type of recipe like Puttu, Appam, Ada

To prepare it, just add 1 cup of water, 1 cup of raw millet and 1 cup of milk. Bring it to a boil, then simmer it for 20 minutes add sugar or honey to improve the taste.

Always soak millet at least 3 hrs or overnight before cooking to eliminate the ant nutrient properties.

To improve the taste better to cook in a clay pot also add a little ghee while cooking millets to absorb the nutrients in the right way.

The available form of Millets

How to include Millets in our Diet?

ABOUT US
To introduce authentic Kerala recipes to everyone. I’m posting all the recipes only after cooking and tasting myself and with my family/ friends. If I’m posting non Kerala recipes, I’ll adapt the recipe to Kerala/ Indian style with the ingredients locally available with me. There’s no persistent recipe for any dish, it varies place to place and person to person. But I’m trying to provide most authentic and healthy recipes.
Contact us: [email protected]
FOLLOW US
© 2021 Anishyas Kitchen. Powered by B4creations
MORE STORIES
Thoran/ Poriyal